The Dragonflies of Corfu 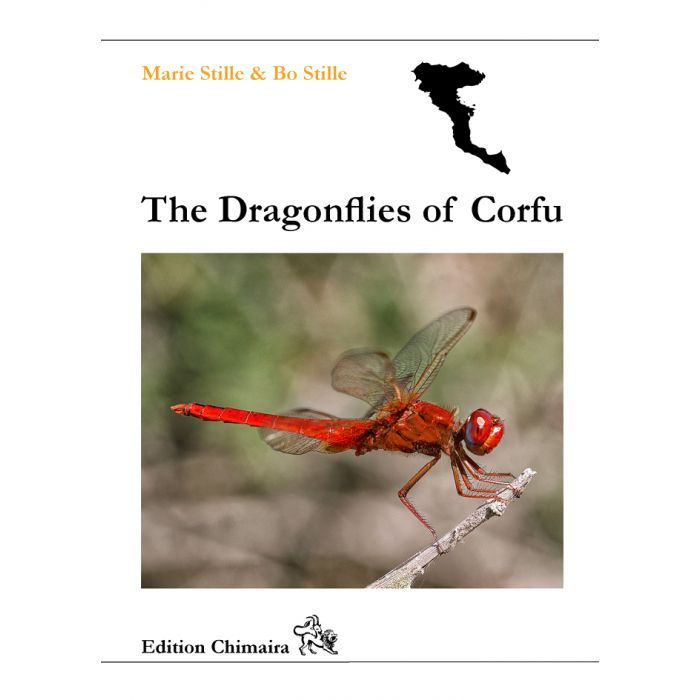 There are 143 species of dragonflies and damselflies in Europe and 39 of these are
presently found on Corfu, giving the island one of the highest numbers of species
in the Greek archipelago. New species have been added to the fauna quite recently,
the Dainty Bluet (Coenagrion scitulum) and the Blue-eye (Erythromma lindenii) were re-
ported for the first time in 2012. In addition, the Black Pennant (Selysiothemis nigra)
was reported in 2007 and the Bladetail (Lindenia tetraphylla) in 2014, both most likely
being recent arrivals to the island. Corfu also holds populations of the “Critically
Endangered” Greek Red Damsel (Pyrrhosoma elisabethae) and the “Near Threatened”
Eastern Spectre (Caliaeshna microstigma).

The high precipitation and the rich presence of waterways, both permanent and
temporary, have created a range of suitable habitats and are factors that can ex-
plain the rich dragonfly fauna. However, the increase in the resident population
and the growth in tourism, with close to two million visitors every year, have led
to habitat loss, especially of coastal wetlands due to the development of hotels and
other tourist venues. The increase in water consumption and the increase in the
pollution of the island waters are factors that pose serious threats to the fauna in
general and to the amphibious one in particular.

The aim of this book is to raise the awareness and understanding of the dragonfly
fauna, and to give a first idea of its status and need for protection. Information on
identification, distribution and habitat for all the 43 reported species from Corfu is
also presented.

Marie Stille studied geology and biology at Lund University in Sweden and has a
Ph.D. in systematic zoology. Before moving to Corfu she ran a specialist plant nur­sery, worked as a fact reviewer within her area of expertise and is currently working
as a free-lance writer and photographer. Bo Stille studied chemistry and biology at
the same university and also has a Ph.D. in sytematic zoology. Before working as
project/task manager at an international pharmaceutical company he worked as as-
sistant professor at the Department of Systematic Zoology at Lund University. Both
authors are originally from Sweden and moved to Corfu in 2011.

This study was supported by the International Dragonfly Fund (IDF), a scientific
society founded in 1996 for the improvement of odonatological knowledge and the
protection of species. It supports projects dedicated to the exploration and protec-
tion of the dragonflies of the world and their habitats.