PRUETT-JONES, S.:
Naturalized Parrots of the World – Distribution, Ecology, and Impacts of the World’s Most Colorful Colonizers
Artikelnr.
110621152643-101
49,90 €
Inkl. 7% MwSt., zzgl. Versand
Auf den Wunschzettel
Skip to the end of the images gallery 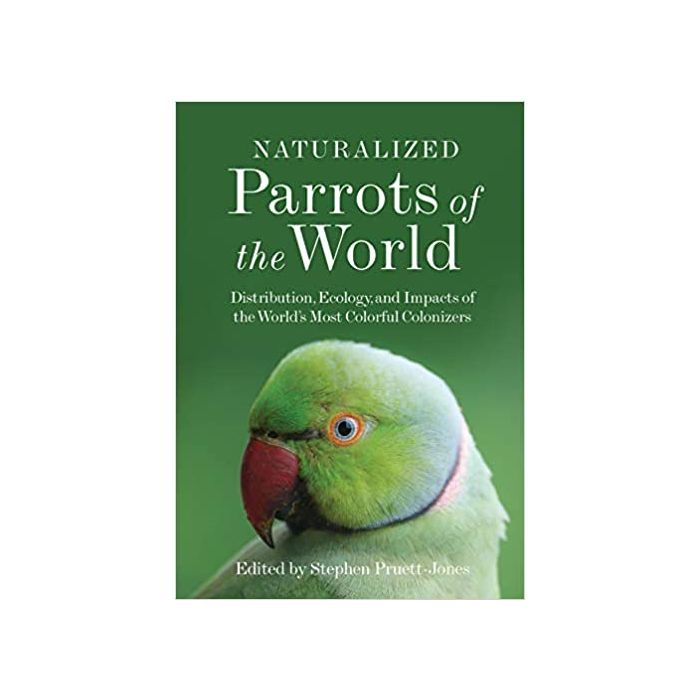 Skip to the beginning of the images gallery
Details
Baltimore 2021, geb., Großformat, 352 Seiten, 50 Farbfotos, mehrere Karten und Graphiken. There are more than 350 species of parrots in the world, and approximately 300 of these species have been transported to other countries. Whether through escaped captivity or purposeful release, many of these parrots are now breeding in new habitats. Indeed, no less than 75 species of parrots have established breeding populations in countries where they were introduced, and parrots are now among the most widely distributed group of birds. This is the first book to examine this specific avian population. Bringing together the work of leading researchers in one convenient volume, this book explores the biology of naturalized parrots and their interactions with native ecosystems. Experts discuss the global distribution of parrots, their genetics, conservation implications, and human responses to these birds. They also consider debates surrounding management issues and the lack of consensus around nonnative species in the wild. Later chapters feature case studies of the two most successful species – the rose-ringed parakeet and monk parakeet – as well as studies of the introduced parrot species located in specific countries and regions, including the United States, United Kingdom, Spain, Portugal, northern Europe, South Africa, and Australia.
Mehr Informationen