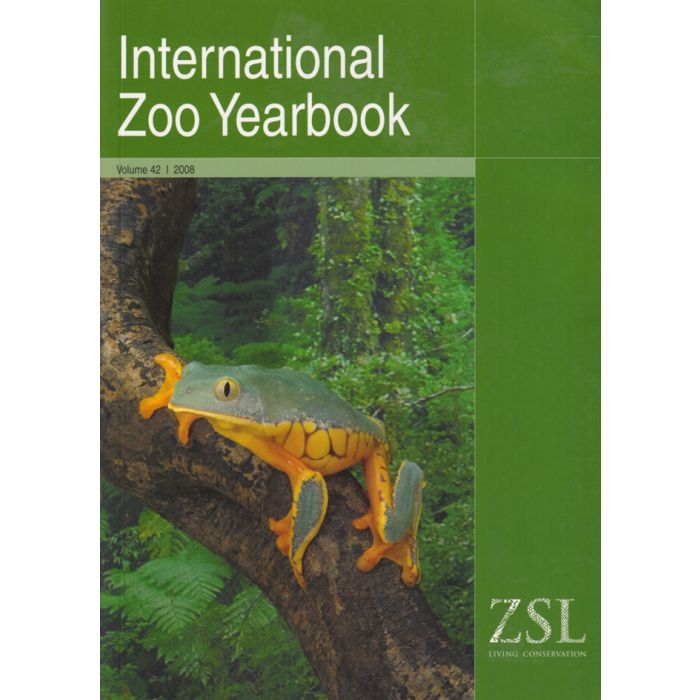 London 2008, kt., 467 Seiten, Abb. The first half of this volume concerns the current global extinction crisis for amphibians and the coordinated response of zoos and aquariums around the world. These zoological institutions – along with important partners in the governmental, museum, university, botanical garden and private sector – have the collective experience, capabilities, networks, facilities and other resources to tackle this crisis in a meaningful and systematic way. As in previous volumes, the second half contains contributions on developments in the zoo world. Content Can zoos and aquariums ensure the survival of amphibians in the 21st century? Why amphibians are important, Implementing the Amphibian Conservation Action Plan, Amphibian Ark and the 2008 Year of the Frog Campaign, Management of disease as a threat to amphibian conservation, Amphibian water quality: approaches to an essential environmental parameter, An automatic waste-water disinfection system for an amphibian captive-breeding and research facility, Notes on behaviour and reproduction in captive Allobates kingsburyi, with comments on evolution of reproductive amplexus, Management and reproduction of the Colombian Magdalena River poison-dart frog Dendrobates truncatus at Cali Zoo, Notes on behaviour, communication and reproduction in captive Hyloxalus toachi, an Endangered Ecuadorian frog, Involving local communities in amphibian conservation: Taipei frog Rana taipehensis as an example, Captive management and breeding of Romer's tree frog Chirixalus romeri, How to lose a habitat in 5 years: trial and error in the conservation of the Farmland green tree frog Rhacophorus arvalis in Taiwan, Flying an amphibian flagship: conservation of the Axolotl Ambystoma mexicanum through nature tourism at Lake Xochimilco, Mexico, The principles of rapid response for amphibian conservation, using the programmes in Panama as an example, Afrotropical amphibians in zoos and aquariums: will they be on the ark? /South Asian amphibians: taxonomy, diversity and conservation status, Conservation of threatened amphibians in Valle del Cauca, Colombia: a cooperative project between Cali Zoological Foundation, Colombia, and Zoo Zürich, Switzerland, Collaboration for amphibian conservation: the establishment of the Johannesburg Zoo Amphibian Conservation Center in South Africa with assistance from Omaha's Henry Doorly Zoo, USA, Management and reproduction of the Komodo dragon Varanus komodoensis Ouwens 1912 at ZSL London Zoo, The processes for releasing a zoo-bred Sumatran orang-utan Pongo abelii at Bukit Tigapuluh National Park, Jambi, Sumatra, The Iberian lynx Lynx pardinus Conservation Breeding Program, Effects of construction noise on behaviour of and exhibit use by Snow leopards Uncia uncia at Basel zoo, A survey of current dental problems and treatments of zoo, The captive audience: the educative influence of zoos on their visitors in India.