Salamanders and Newts of the World

RAFFAËLLI, J.:
Salamanders and Newts of the World
Artikelnr.
CH0000323
158,00 €
Inkl. 7% MwSt., zzgl. Versand
Auf den Wunschzettel
"Hence, this new essential book is the most complete achievement of Jean’s life and will be for sure a “must have” for all herpetologists and salamander enthusiasts of the world”
Skip to the end of the images gallery 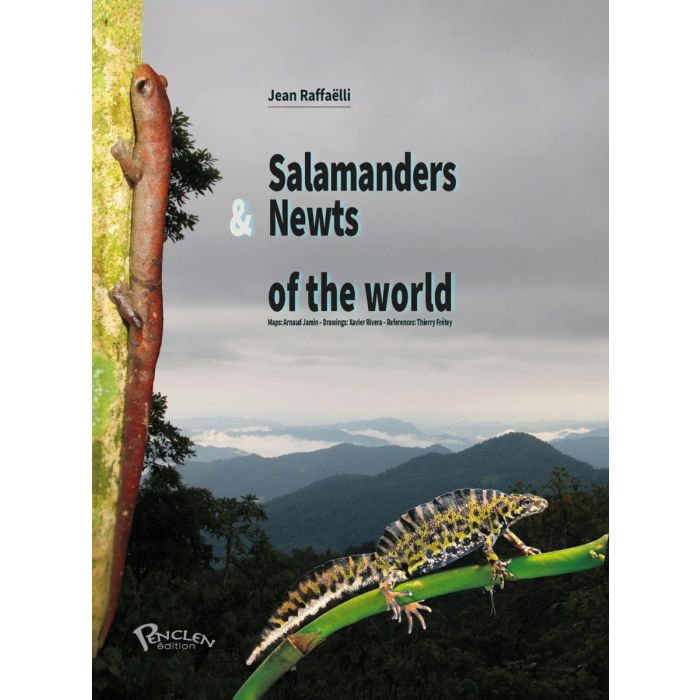 Skip to the beginning of the images gallery
Details
2022, geb., 1120 Seiten, über 900 Arten werden mit über 4000 Fotos und 154 Karten vorgestellt. “Jean Raffaelli, a French herpetologist, journalist and author, was born on 2. July 1954 in Phnom Penh, Cambodia. After many years spent in Africa during his childhood with his parents, Jean fell in a total passion with Salamanders & Newts (also known as urodeles), when arriving in France at the age of 10 and first observed in lo-cal ponds these first incredible amphibians. Then, the interest toward urodeles never ended. After studying literature and foreign languages, he worked and traveled in many countries, from Moscow to Washington as journalist for the Agence France Presse, Paris (Prince Albert Londres 1995 for covering war in Chechnya) or in his beloved Central America (Honduras, Panama, Guatemala, Mexico) during the last decades. In his spe-cial field of herpetology he made fascinating discoveries on the behaviour, life history, ecology, taxonomy and distribution of Newts & Salamanders, including a new classification with Alain Dubois (Paris) and developed new revolutionary concepts on conservation in captivity for these endangered amphibians. In fact, Jean Raffaëlli personally kept and bred more than 200 species in his own breeding facilities built in Bretagne, which represents the most complete living collection of urodeles. The author published several papers and four books including the first encyclopedia on all Newts & Salamanders in 2007. More than 15 years later, Jean Raffaëlli decided to publish the third edition for the first time available in English, with nearly 1,200 pages and 4,000 color pictures describing all known species. In 2022, a new species was named Raffaëlli’s spiny crocodile newt (Echninotriton raffaellii) after him as a special tribute and recognition of his major contribution to herpetology. Hence, this new essential book is the most complete achievement of Jean’s life and will be for sure a “must have” for all international herpetologists and salamander enthusiasts of the world” A. Hernandez.
Mehr Informationen