Reptiles of the Lesser Antilles 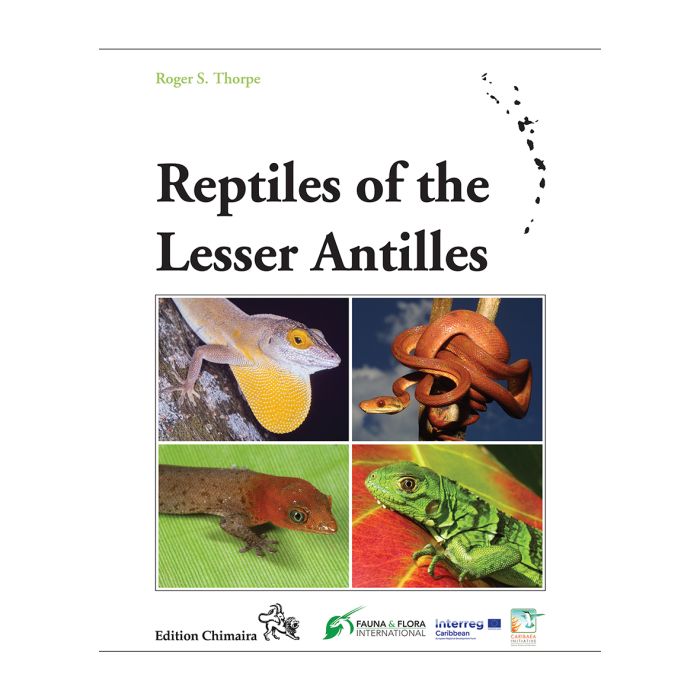 Frankfurt am Main 2022, geb., 608 Seiten, rund 900 Farbfotos, Karten. Thorpe: This book covers the reptiles of the Lesser Antillean archipelago, from Sombrero in the north down to the Grenada bank in the south. Following the Preface and Acknowledgments, the book is organized into five sections: 1) Introduction, 2) Taxa, 3) Island Banks, 4) Biogeography and 5) Conservation. The taxa are considered in an arbitrary sequence: anoles, iguanas, curlytails, skinks, teiids, microteiids, dwarf geckos, larger geckos, anguids and amphisbaenids, blindsnakes and threadsnakes, boas, pit vipers, colubrids, chelonids and crocodilians. Widespread species are described in this section rather than repeatedly in the Island Banks section. In the latter sec-tion each of the island banks are considered from north to south (Sombrero, Anguilla Bank, Saba, St. Kitts Bank, Antigua Bank, Redonda, Montserrat, Guadeloupe Bank, Marie-Galante, Les Saintes, Dominica, Martinique Bank, St. Lucia Bank, Barbados, St. Vincent Bank, Grenada Bank–Grenadines, Grenada Bank–Grenada). The Grenadines and Grenada plus satellites are treated in separate chapters. The taxa in this section are dealt with in the same order as the Taxa section, and, where appropriate, I have attempted to illustrate and explain the some-times-considerable variation that occurs within an island species. The intention is that the chapter on each island bank could act as a field guide, with identification aided by the numerous images. I have attempted to make each island bank chapter independent and to include im-ages of every native and introduced species found on each bank, without, duplicating too many identical images for the more widespread species. For native species/radiations, an attempt has been made to allocate the source of colonization as either the Greater Antilles or the main-land. Our understanding of Lesser Antillean reptiles and their conservation is rapidly changing. Ongoing conservation threats like hybridization (e.g., iguanas) and recent invasive spe-cies (e.g., Anolis/Ctenonotus cristatellus in Dominica) can rapidly change the situation. Molecular phylogeny and major taxonomic revisions, such as the revision of skinks (Hedges & Conn 2012), dramatically change our understanding of the relationships, biogeography and nomenclature.